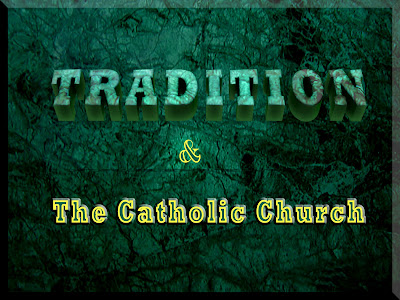 I’m Tibetan, I’m Buddhist, and I’m the Dalai Lama, but if I emphasise these differences it sets me apart and raises barriers with other people. What we need to do is to pay more attention to the ways in which we are the same as other people - The Dalai Lama


The Catholic Church needs to come to terms with its past.  Though the term 'Catholic' is a 2nd century all-embracing and universal, the idea of a universal church is anachronistic, and its dwindling congregations are a case in point. Traditional beliefs within the Catholic Church are no stranger to challenges or disagreements either from within or from the outside.  It has over the centuries overcome state interventions, Wars, revolts and splintering beliefs mostly targeting it to reform.  The most severe were the Lutheran movement middle of the sixteenth century that gave birth to Protestantism.   At the turn of the twentieth century, more challenges aspired byLiberal Theology to its absolutist policies contrived by the Nation States namely France and Italy.  Following its right wing approaches in the Dreyfus affair, 1906, antagonised the Third Republic and its antipathies, following the Lateran Treaty to Mussolini's Fascist regime in 1929, respectively.  Problems facing the Catholic Church today are, in many ways similar; impositions by progressive societies demanding change, but as always with any reforms usually meet stiff resistance.  The call for change is silent but profound, and judging by the falling congregation is very telling.  Irrespective of the Doctrine of Infallibility, Pope Francis is doing his best to pull 1.2 billion Roman Catholics in the world into the 21st century, attempting to reform church dogmatic ruling, while taking on Catholics, both priests and followers to shed ideas of the past and adopt the new.

The gradual drift towards the Long Reformation that came about in the Sixteenth century when finally Martin Luther nailed his ninety-five theses on the church door in Wittenberg also marked a pivotal movement in European history.  It also underlined the start in the transformation of social order.  It imperatives was mainly to bring back into focus the word of God as prescribed in the Bible and to shift the religious leadership’s focus away from fees and payments and hoped to restore and clarify the core principles of the faith – pristine state of primitive Christianity.  As a living body of Christ, the Catholic Church “guided through the history of the Holy Spirit, [love], and thus whatever new traditions it establishes serves merely as continuing expressions of the Kerygma, the original model of Christian Life in the Bible.” (Peter G. Wallace, ‘The Long European Reformation’.) To re-establish the bonds with the historical past of the apostolic church and preparation to the historical future of Christ’s second coming.

The universality of the Catholic Church comes packaged with ribbons of questionable colours in the shape of Lorenzo Valla’s, in 1440 what came to be known as ‘Donation of Constantine’ revelations.  Apparently, an alleged forgery written around 800 AD, it freed Rome from Byzantine control and was the beginning of what was known as the papal states. The Donation also granted to Rome “supremacy... over the four chief seats Antioch, Alexandria, Constantinople and Jerusalem, as also over all the churches of God in the whole world.”  However, the Catholic Church established and sought to maintain orthodoxy in matters of Christian doctrine (the beliefs about God and salvation that it accepted and taught), ceremonial (ritual), morals, and religious observance (worship). The late medieval churches were organised as well as ordered through the courts of their own law.  European and subsequent Eastern churches owed allegiance to the papacy a power broker in the early and central Middle Ages.
Similar spirited advances, Pope Francis today is zealously attempting to reconcile with Liberal Theological climate widespread attitude in society concerning Lesbian, Gay, Bisexual, and Transgender (LGBT) orientations. This is just one example of many such as Abortion, Divorce, celibacy amongst the Clergy and other issues in his attempts to break away with outmoded traditions and carry the Catholic Church into modernity; injecting real contemporary universal human values. It appears, he vehemently believes religion, as an institution, to rehabilitate into the modern world, while assuring a balance between the Vatican's infallibility and "I am the truth" as perceived by the Gospels, are not tempered by traditional monolithic approaches.  Need to offer society a new concept to religious values rather than remain enshrined in 'universal' Catholic values which no longer rhyme with human liberal perceptions.  There is a dire need for religion within the Catholic Tradition, in particular, to integrate it into the fabric of society and keep abreast with the challenges that a changing society periodically represents.  Like Morality, so Tradition; though the word has remained the same over the centuries, its substance has changed many times over that period. So Tradition, self-reflexive, reformulating the mood of the prevailing attitudes of the time, establishing new underpinnings of reformed values, in Harold Rosenberg words “the tradition of the new.”

Pope Francis is like a breath of fresh air encouraging constructive change, presenting ideas as window frames through which we view the landscape.  Hitherto this traditional pixelated view Pope Francis attempts to bring back to see the broader picture within one large focused frame.

Building on the sediments of past centuries yet refusing to recognise the social role of religion would be the antithesis to the true teaching of the faith.  Fragile compromises and tolerance, and being non-judgmental ought to be the essence what being religious mean.  Tradition is not foundational in Catholicism but layered by centuries-old custom and cultural habits and myths, some of which take hold and survive. Truth does not lie there but in the teaching and the substance of the Gospels and Jesus way of life.  Jesus judged the sinner not the sin, this is well established through the love he showed to Mary Magdalene, (Luke 8:2), from whom he had exorcised seven demons.  Teachings of the Catholic Church needs to reflect on the dynamism of social engineering of how people come to understand and would want to position it. It ought to allow for a social and spatial contextualization because it requires the analysis of religion as a socially embedded phenomenon.  Its concept is bridging the divide between the traditional history of worship and the broader perspective of the history of a society which provides the continuity between the two.  For any counter-reformation must also reflect the prism of Faith, enacting the word of God to a 21st-century frame of mind to attract not only those inside its boundaries but also those outside.  Sociology can at times play just as an important part in doctrines of Catholicism as Theology or creedal teachings.   The Catholic Church should not be members only exclusive club, but its progressive policies are made attractive enough to new members.

Pope Francis’s Amoris Laetitia (Joy of Love), has called for the Catholic Church to update its outlook on modern family life, striking a delicate balance between a more liberal tone towards gay people as well as the defence of traditional church teachings on issues such as abortion but noticeably not yet on divorce. Towards fragile compromises, he pointed out, that “Each country or region, moreover, can seek solutions better suited to its culture and sensitive to its traditions and local needs." Further adding in efforts to reach out to modernity. “In certain cases, this can include the help of the sacraments. “I want to remind priests that the confessional must not be a torture chamber, but rather an encounter with the Lord’s mercy[…]I would also point out that the Eucharist is not a prize for the perfect, but a powerful medicine and nourishment for the weak.”

The pope’s speeches and conferences a clear pattern was beginning to emerge.  This is not a superficial approach to Vatican or Catholic reform but comes from deep conviction inspired in the man from the long years spent as Arch Bishop of Buenos Aires, Argentina. He has witnessed first-hand at the downward spiral of church attendances, the different makeup of society and antagonistic intolerance the church can generate.  His subsequent revitalising visit to Brazil where three million people pack Rio's Copacabana beach attending mass, “Preaching to the converted”  is a clear testimony of his popularity, confers an aura of credibility to his teachings, framing his arguments. Context is as important as the individual faced with obstructions and dissent to his authority. Especially so when such dissent is fenced ostensibly by the defence of the faith.   Not only has he thrown the gauntlet of reform but also for the sake of preservation of the Catholic Church, threw away fear commonly associated with those who aspire to leadership often find the seeds of their downfall sown as they rise to the top.

I don’t think Socrates would mind if I borrow his quote “The unexamined life is not worth living” so with the Catholic Church it needs to examine itself before yet another reformation is forced upon it.  Pope Francis is reinterpreting what dynamic Christianity and with it, the Catholic faith that weighs heavily on its directions. "He who believes in Me” (John 11:25), needs to be the ingredient that stirs the spiritual conscience of the Church, embodying it in its sermons to establish the conditions for its audience to uphold thus to examine direct relationship between the work it has created and its creator.