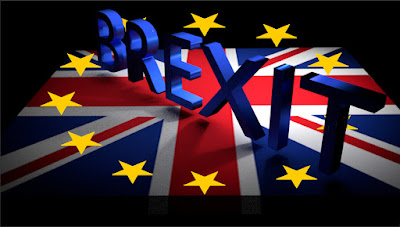 The call for the EU referendum on 23 June 2016 had all the good intentions but was naively based.  Such requests for direct democracy hardly ever work; hence their outcome is never binding but alas not so this time.  A promise made by David Cameron, the British Prime Minister at the time; a pledge to leave but not how to leave.  The consequent arguments that won most votes were based on false slogans, exaggerated claims, fear and outright propagandist reach to the masses.  The after effects have been immense not only in terms of damage to the British economy but for many the 51% decided in favour to opt out to 48% who chose to remain, has proved divisive and polarising. It has drawn a clear, uncompromising red line; a marker, for either side the divide, for brother, sister and friends, none of whom are willing to cross.   And all because Brexit chief architects brought us here on a lie.   Just need to look up the publicity that circulated before the referendum. The Red bus plastered with false slogans for starters one of many claims that I go on to outline below.

We need a new Referendum and here is why? The thrust to my claim is that the populist platform the demolishers (architects too generous) went for, was falsifiable or at best unverifiable. As politicians holders of high positions in the hierarchy, with facts and figures at their disposal, they undeniably bent these to base their argument on sentiments rather than facts. It worked. Their main target was the NHS.  We all know too well, the NHS is untouchable, increasingly seen what come to identify Britishness.  It has become almost a centre stage ideology that has superseded religion in this country. It has become ideologically ingrained, part of British culture and is therefore deemed sacrosanct and untouchable.  They created a myth it was under attack instilled a fear, especially among the older generation.

The slogan "Taking back control" a free-floating and empty headline but useful nationalistic call.
Constitutional pluralism, one of the foundations of the EU, does not erode the power of the UK Parliament nor does it weaken the sovereignty of the British people. Our constitution built layer upon layer over the centuries will never go away. The point to remember here is that British greatness no longer anchored on its past imperialism but its modern technological replacement; progressive know-how and active voice in world political and economic affairs. Britain has for centuries been a nation of innovators standing at the vanguard of new inventions and technological achievements and none less so today. It is all very well appealing to "we want to take back control" is nothing more than smart packaging. Well, Britain had control of 25 per cent of the world population and directly nearly over one billion people (India), but it lost them - Imperialism. Britain didn't control it well.  Paradoxically, some Brexiteers today shout out they don't want to be a colony to the EU.  Rightist imperialistic language, a lingering thought.

Many of the initial claims, specifically NHS and the infamous £350 million a week paid to the EU, were demagoguery.  The claimants stood on anti-tickets propagandist agenda mainly playing on fear, false claims dressed up as facts. The fear factor is hugely important here since it is our instinct to cover or to protect; a natural no brainer reaction.  If putting an 'X' in a box on a ballot paper to ensure that outcome so be it.  These two factors more than anything else swang Brexit in their favour and my opinion, the unverifiable claims went a long way in corrupting democracy.

It may not occur to them that leaving the EU is likely to fracture the fragile United Kingdom? Scotland voted to remain in the EU at the June 2016 referendum.  What swayed its pull to stay in the United Kingdom was its expectation for England to remain in the EU. If that is out of the equation, it is more likely SNP, a nationalistic party with a mind bent on secessionist motivation could easily vote to break away. Same applies to Northern Ireland, where 44.2% of people in voted to leave the EU, while 55.8% voted to remain.

Immigration? Britain, since the Dynastic Union of 1707, has been a multicultural, multiethnic imperial State.  Brexiteers now want it to be a Nation State.  In 1940 it had 800 million people who were CITIZENS of the United Kingdom.  British Nationality Act 1948 made that so until fear of deluge from the colonies could swamp the British Isles.  The result was, the Act was repealed between 1962 and 1971, as a result of widespread opposition to immigration by Commonwealth citizens from Asia and Africa. The United Kingdom gradually tightened controls on immigration by British subjects from other parts of the Commonwealth. There was a deluge of entrants from the 'other'; creating fear and measures were taken to address the imbalance.

In an expression, the Referendum of June 2106 we saw direct democracy in action, it emphasised, with a close margin, the leave factor but did not tell the nation the course of how to deliver.   The narrow margin also meant that the Remainers' vote needs to be respected.  Towards that end, whether the translation to deliver, by some MP's, are meant to frustrate the vote is anybody's guess, but what is at stake are the likely adverse consequences.  Conscious, Responsibility, Principles and Moral imperatives have all kicked in each with different interpretations to ward off possibilities.  We have ended up with as many ideas as there are MP's bickering on the best possible means.  They represent an unpixelated view, within one chamber, of how British society thinks Britain ought to go.  Britain is hurting badly, yet these personal demonstrations are proving far too insensitive.

Here is another catch.  I think it is crucial for the Brexiteers among us to bear in mind that their decision to opt out of the EU has profound implications.  The magnitude of their choice needs to be framed within multi-dimensional considerations.

Those under 25 are twice as likely to vote to remain and those above 65 the picture is almost the opposite.  Sixty-four per cent of those over 65 voted to leave while 61 per cent of those aged 18 to 24 years voted for the UK to remain within the EU.  One needs to question, on the interpretation of these figures whether it is legitimate for Britain to leave the EU?

What it means that the young people will have to live with a decision made by the older cohorts to which they object today and to which they will be likely opposed in 30 years and into the future.  In contrast, those who agree with Brexit today would have a shorter time to live in the consequences.

Another question arises; what gives the right for the older generation, probably based on volatile period effect, to violate the future of a young generation?  The implication here is a life cycle effect in contrast to a cyclical election effect.

Bexiteers, also need to take into account to what I referred earlier; the illegitimate nature of the referendum illuminating the corruption of the democratic process is at least one of the aspect to which why the dilemma facing our representatives in Parliament.   Opting out is anything but linear.

My conclusion, therefore, is that the government should have prepared the ground before going for the referendum taking account of all the dimensions necessary. I would go for another but restructured referendum with multiple dimensions in mind.  To prepare the ground beforehand or at least, given my argument, for one thing, to give more weight to every vote by those between 18 -24.  Intergenerational justice must be seen to be fair one effective measure to correct a wronged Democracy.
Posted by OUFI at 09:19