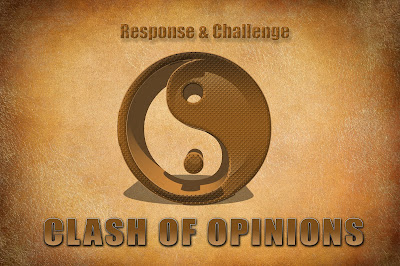 The YIN and YANG, a Chinese symbol,  like Adam and Eve, together they are a perfect whole.  The logo is rooted in distinctions and an encounter between good and evil, along with other dichotomous moral judgments.  The power of its influence is natural causation for civilisation born out of man's opposing differences.

The oldest and the most intelligent argument cluster around the controversy over the existence of God.  The greatest thinkers the world had ever known, across the centuries, religious and atheist alike have stood on opposite ends claiming their polarising beliefs.   Intellectual and Philosophical arguments for the existence of God, vary from Thomas Aquinas’s Second Way existence and order of causes (Domino effect)  to Anselm's 'Greater than which cannot be conceived', (Ontological argument), Paley’s design teleological argument (Watch), Behe’s intelligent argument (The Eye), and many more that went into arguing for the existence of God. In the course of those centuries, the flow of different opinions by such intellectual giants over that period has handed us a tapestry of knowledge.  What follows will attempt to take a brief look at how we form our opinions to project on others.  A glimpse at what makes us enshrine these ideas into our psyche energises us in our discussions, arguments and the way we exchange our differences that makes us tick.

Here are some explanations for arguments, claims, evidence, and reason.  An argument is produced when someone makes a claim and gives reasons for that claim; a sequence of steps may take us to the conclusion of the argument from the stated reasons or premises of the argument. The flow of the argument would arrive at the conclusion logically follows from the validity of the claims at the start of the argument.  Here we have engaged in logic; the logic is the science of valid reasoning.  In Philosophy an argument is not a conflict but a discussion for a claim in a series of statements giving reasons to believe that claim to be supported by evidence. That is all very well as far as theories go, it is very different in practice where a clash of opinions is never far away from a discussion.

Discussions, a sharing of ideas, should be like playing tennis responding to the each other’s statements.  Unfortunately most occasions, in many arguments there is hardly a ‘feedback’; when the output becomes part of the next input because we hardly ever listen but mostly we like to hear ourselves speak so we play with a different ball most of the time.   Sometimes, instead of a learning curve a treat to gain knowledge from an exchange of opinions, more often it boils down to who is right and who is wrong, forgetting what the claim was in the first place.  Score a point becomes all-important.    In the heat of the argument, we could be saying the same thing using different words, we neither realise what is said because we are not listening. Confusion between winning an argument or to being right. Suddenly from a gentle conversation, without warning, once a claim is made it sparks a difference urging a counterclaim so we enter into a minefield. An innocent statement or unfortunate choice of words expressing an opinion can also provoke a misunderstanding easily ensuing an argument. 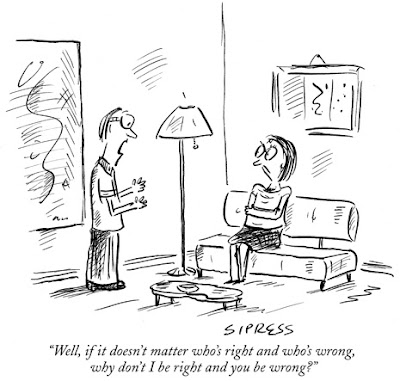 Which brings us to our addiction to the Smartphone.  The Social Media has become the principle communication platform but rarely can explore beyond superficial knowledge.  “Well, that is my opinion” sums up what most people come away from it.  With that smart gadget at hand bombarding headlines at us 24/7, we are news savvy or more precise, headline savvy.  There are so many of these tidbits of information flying about there are bound to be something that sticks.  Knowingly or unknowingly these so-called titbits are of course other peoples’ opinions some of which based on facts while others manufactured to suit a particular bias.  However, whatever spin or colours they dress up, one idea is bound to stick that we find attractive and strike us as right we can feel comfortable enough to go with and to share.  What we are sharing, of course, says nothing about what we think since we are yet another agent for WhatsApp - a messenger.  Nevertheless, whatever we share is our 'understanding' of the subject at hand and armed with that morsel of knowledge forms our deep down belief.  That off the shelf argument picked from the 'smart' phone stockroom; unsubstantiated and fabricated, for many, it remains their unshakable belief. 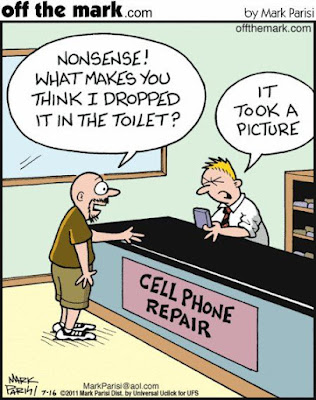 If the subject is about race, then our attraction depends on our cultural background or how near to our social compass.  If the issue is about acceptance or tolerance towards gender orientation, its traction depends on our religious belief as well as cultural accommodation that tune our liberal or conservative antenna towards it or away from it respectively.  Even when the words used are the same, the cross-cultural meaning in language could be quite different. Communication without cultural understanding can add fuel to the confusion and would bar the clarity with which either reason or rationality can exert the required influence on a conversation. Contradicting the same point may even jeopardise the relationship we try to establish.

In many of such cases nowadays there is no such thing as making up one’s mind because such matters involve thought but in this case, thinking gets in the way and cumbersome when our instincts will do.  What is surprising at this stage is the rigidity people hold on to a view so acquired that when pressed on its validity they show aversion to the point they will deem it rude.  To question their claim is interpreted as an attack on them therefore out of order and malicious. When confronted with specific, concrete examples or data that contradicts their claims there is hardly a change of opinion instead, a rebuttal “that is my opinion, anyway.” Sadly, in the worst scenarios when disagreeing with a claim, people take it as an affront to their dignity which they shield by personal challenges provoking ad-hominem they resort to offensive language. 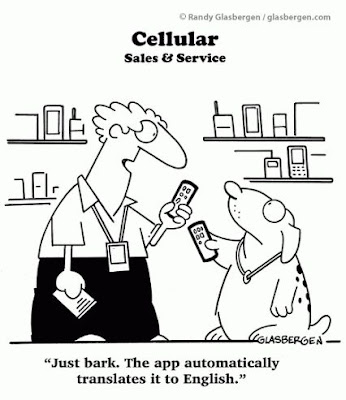 A good example where confusion sets in, on the question of tolerance.  What is tolerance? A reasonable explanation is to help keep diversity a wellspring of strength to have respect for people whose abilities, beliefs, culture, race, sexual orientation, or other characteristics are different from our own. A religious fanatic would immediately object to this definition that includes “sexual orientation”; that such a declaration of tolerance can not include tolerance for everyone.  Suddenly we have a problem, we are coming up with intolerance of something against the state of tolerance. A good reminder here is that many of their kind are intolerant of sin and consider homophobia as sin but remain happy tolerating racism and other forms of bigotry that many would consider sin.  The argument, therefore, revolves around what we call sin: so when deeming homosexuals as sinners but racists are not sinners the answer must lay not so much with intolerance therefore but with respect for the other people’s orientation and opinion.

Which brings us nicely to the questions to what is moral and to what is natural since there is a tendency to accept a natural state of events.  Accepting unfair discrimination or earthquakes – or even the common cold – by saying that such things have always been around and are ‘perfectly natural’, we should be unimpressed.  Just because suffering and injustice are natural and widespread, it does not follow that it is wrong to oppose them. Accepting as natural is a wish for drawing the argument to a conclusion on the account just because something is widespread is accepted. Such an argument carries no reasoning but anchored by self-interest rather than critical understanding.  To argue that meat-eating is natural and the conclusion that meat-eating is therefore not morally wrong is invalid; just because something is natural it does not automatically make it right.  In such cases, it is interesting to find the linkage between what makes something natural therefore accepted and right versus unnatural and wrong.  Some may confuse the difference between lending support to the idea of 'natural' with that which they approve.  While many others find a link in only that which does not involve changes brought about by a person’s will. Daniel Kahneman and Amos Tversky in the 1980s, summarised in Kahneman’s bestselling Thinking, Fast and Slow (2011). There, Kahneman divides the mind into two allegorical systems, the intuitive ‘System 1’, which often gives wrong answers, and the reflective reasoning of ‘System 2’. ‘The attentive System 2 is who we think we are,’ he writes; but it is the intuitive, biased, ‘irrational’ System 1 that is in charge most of the time.  The psychologist Jonathan Haidt calls the idea that reason is ‘our most noble attribute’ a mere ‘delusion.’ The worship of reason, he adds, ‘is an example of faith in something that does not exist.’ Your brain, runs the now-prevailing wisdom, is mainly a tangled, damp and contingently cobbled-together knot of cognitive biases and fear. 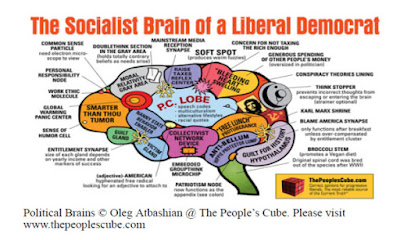 Then there is the Relativist theory of what is right for you may be wrong for me and vice versa.  People might even contemplate by claiming that there is no non-relative right or wrong in the assessment of any reasoning, no non-relative truth or falsity.  Say, for instance, coming against polemical issues that involve ethics of Cannibalism or the argument for The Death Penalty as examples. But, what is right for you could be wrong for me; such a relativist claim itself is true or false – or is it just right for the relativist?  I leave this hanging for you to think about.

In conclusion, I hope you agree we all have inbuilt biases, we continually argue by these hard-wired biases, that tune us towards a tendency to seek out or notice information that supports our pre-existing ideas, rather than to look for unbiased information that would otherwise draw us nearer to the truth. But judging from current trends to reason by evidence is losing its power.   One point worth mentioning is one man's bias is another man's truth where nowadays there are 'alternate facts' in place of truth, and in current lexicon, the truth is only in the eye of the beholder. 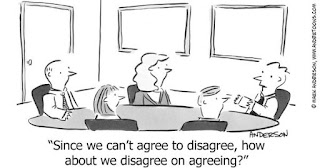 'Agree to disagree' may be an empty phrase but is nearest we have to Yin and Yang.